To make this wreath, you will need:

END_OF_DOCUMENT_TOKEN_TO_BE_REPLACED

My favourite work of art is Starry Night by Vincent Van Gogh. I have loved Van Gogh’s art since 3rd grade when Ms. Denny read a story on his life. I felt I could personally connect with his traumatic life.
I love the dark blue colours of this painting streaked with bright stars swirling the sky. Those swirling stars are like wind swept lights of hope through the dark blue of my depression. I feel hope when I see this painting.

Do you like our journals? Remember to support us on Patreon 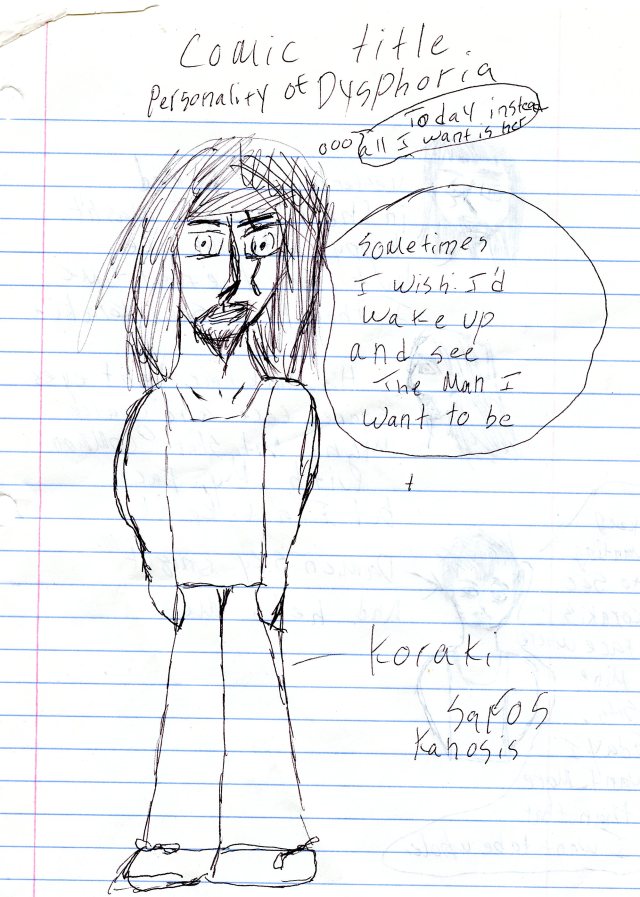 Hi I am Damien Skye Knight Aka Raven/ Koraki. This is Comic 3 of Everyday Trans-Man

Dysphoria has become this dirty word in the trans community. This is the face of my dysphoria.

Do you like our art? Remember to support us on <a href=”https://www.patreon.com/theshadowslair”>Patreon</a&gt;
1800444 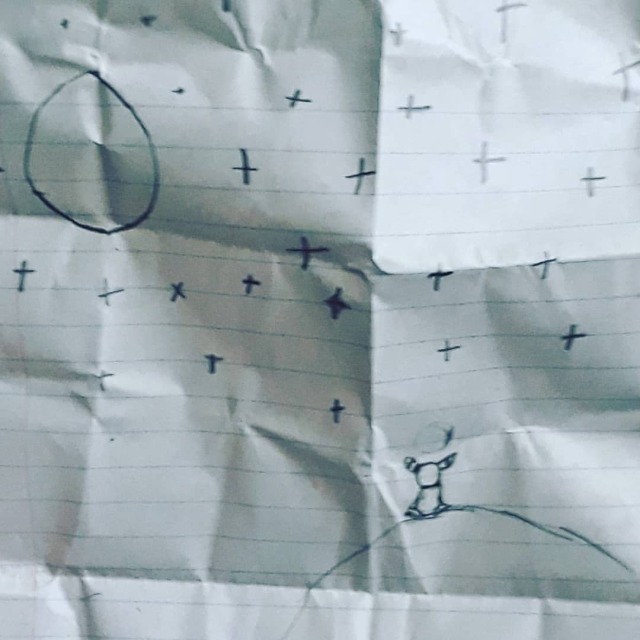 I have read many plays and acted in a few including a production that my father wrote for church. I do not believe a good play has to have a traditional linear story. Some stories work well with flashback scenes or starting at the end then going back and then returning to the end scene. These sorts of story lines are more difficult but very captivating. A linear story line is the simplest method of telling a story and can keep an audience on track but if not done right can also seem trite.

Most plays I have seen lasted two hours. This seems like the ideal length for a play. It can be shorter but any shorter than an hour would seem like a skit and not a full play. The best plays can be on various topics such as “Steel Magnolias” which is inspired by the strength of southern women, or “Midsummer’s Night’s Dream” where the story is about unrequited love’s reversal due to fairy pranks. These both performed on the stage have a great flow of dialogue essential for a good play. Within moments reading the script you know who the characters are and what the dilemma is.

I have a love of theater and a great play requires an unexpected turn of events and when I performed as Pontius Pilot in the Easter play my father wrote I personally believe I acted in the greatest play I ever had. The retelling linear and the crowed chants crucify him. Pontius washes his hands but the twist was the man we follow as the main character is not Jesus but the thief he forgives. For me, the most important element a playwright should consider is keeping the audience interested.

I have shared my paintings but it is not the only art I do. I also tumble rocks and fit them onto jewelry. I am not professionally trained in Lapidary but I enjoy making  beautiful pieces from stone. This piece was a favoured one that I no longer have. A beautiful Agate (I think) set on a bracelet I sold this piece over a year ago.

My daughter and I still tumble and make jewelry. Our next project is emeralds. 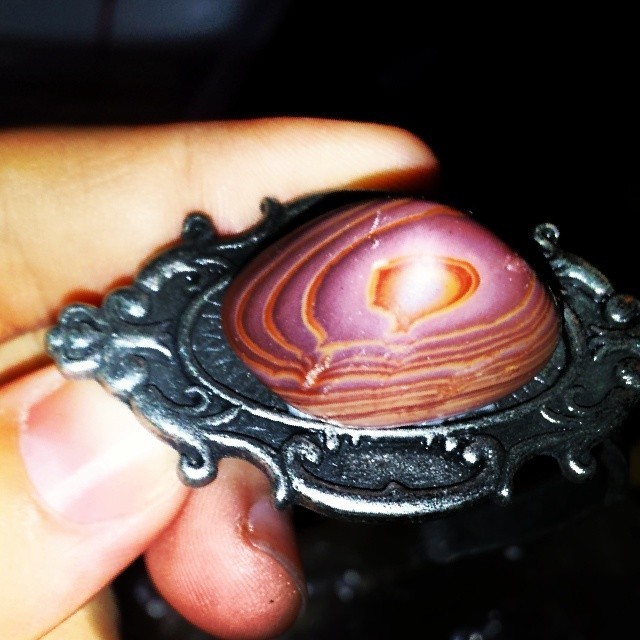 We also do amethysts and other stones. If you all like this piece I will share a few of the others as well.

I feel my hand drawn art looks better so if I do decide to do this I might  hand draw my comic.

I have not painted in over a year to be honest. With studies, work and house hunting time just hasn’t been there. Sharing all my art inspired me to bust some finger paints and paint. My kids and I each did one. This one is mine I have called it Colourfest.

Finger paintings can be a great and fun way to express yourself. These pieces were done with paint left over from the painting Dog Dreams. 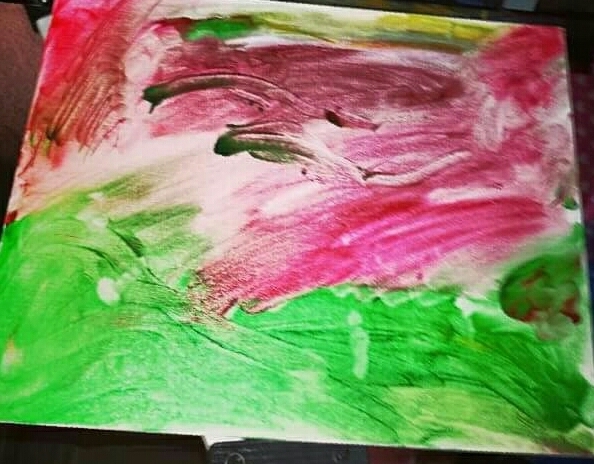 I drew this to practice pencil drawing. I think it came out ok. I did this piece to practice drawing with pencil. Personally I still prefer paints as a medium.