Hey guys, Damien here, I am trying to get our blog back on schedule a bit. I will try Social Saturday again next Saturday. Leave questions for me and my family to reply to in comments below. The kids and I will answer next Saturday. Thanks.

Remember to support us on Patreon.

Hello followers thanks for sticking with us another year on our blog. Our most recent followers:

Patreon followers would be shown here so remember to follow us on  Patreon!

Absolutely! This summer I hope to get back to my daily blog schedule. This means the return of “Monday Motivation, Wisdom Wednesday, a new one will be Feature Fridays. Social Saturday/Sundays will be where we thank our followers. We are glad to get back to posting more regularly. Please keep your eyes open for our posts and remember:

If you like our posts support us on <a href=”https://www.patreon.com/theshadowslair”>Patreon</a&gt;
1800444

Well we here at The Shadow’s Lair have been BUUUUUUSY. No YouTube videos in ages from us (I apologize)  and sporadic blog postings. I have so many over due restaurant reviews I need to post too.

Anyway today is Social Saturday. Every Saturday I try to answer questions asked by followers. I didn’t get any yet but the door is still open.

We are still moving into our new house. Process is slow moving. Kids still enjoying attending college classes with me. The only thing is transportation to and from school has been Uber and that gets expensive.

If you all like The Shade of Writing please go to our Patreon and support us. Even a dollar helps and will get you listed as a supporter on our Follow Fridays.

Hi everyone, So tomorrow is Social Saturday.  If you have any questions comments or suggestions for the blog please post in the comments and we will get to them Saturday Evening.

hopefully next week. We have recently purchased a home and things have been upside down. Thanks for your patience. As usual today is Follow Friday, thanks everyone for sticking with us. Tomorrow is Social Saturday so questions in the comments and I will do my best to answer them tomorrow.

Patreon Supporters: Want to be featured here support us on https://www.patreon.com/KnightD your support helps us continue what we do.

Now that that is out of the way, lets talk about Hurricane Irma. If you are in it’s path I am pleading you evacuate. This is a storm like we haven’t seen in 80 years.

The satellite images show that this storm is no joke. The size alone swallowed the islands it hit. Don’t think you will survive. GET OUT. After all Irma isn’t alone.

The Caribbean is preparing for Jose and at this point they don’t have much left. If it were me I wouldn’t be taking chances when two hurricanes are following one after the other.

After all this is the damage Irma did to St. Martin: 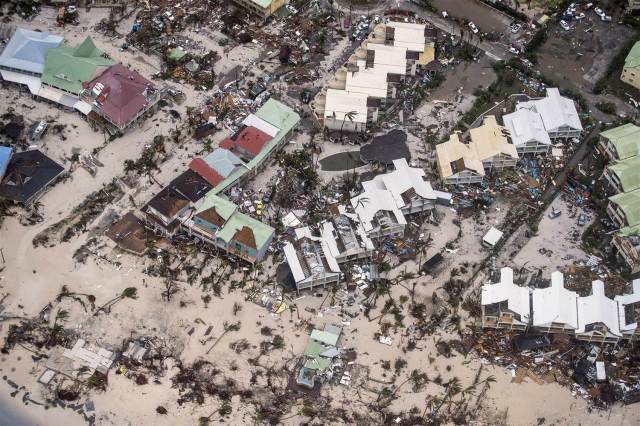 Irma is suppose to now be heading toward Tampa. I am begging my family, friends and strangers. Just leave. Please, take your elderly. Yesterday it was the Bahamas, the storm is coming don’t wait.

Do you like our posts? Remember to support us on Patreon

I forgot to remind everyone last night that today is the blogs social Saturday!

Social Saturday is where we answer your questions. Post questions in comments and we will answer them.

Today I want to flip the script. What kind of posts do you all want to see? How have we done so far?

I appreciate all y’all.

@l_lengyel Asks: I am thinking about trying 23 and me DNA ancestry? Have you thought about it? Just asking.

While I have considered using Ancestry.com DNA test initially after some research I learned there are plenty of options depending on the DNA test you need.

If you are wanting to know what will work for you there is a good  blog post here : Which DNA Test Should I Take?

As for me I will probably take one this year and I will either use 23 and me or Ancestry.com

Today is when I would reply to questions. If you have questions for The Shadow’s Lair family leave them and we will reply on Saturdays in a post. Love y’all.

Social Saturday’s is brought to you by Patreon